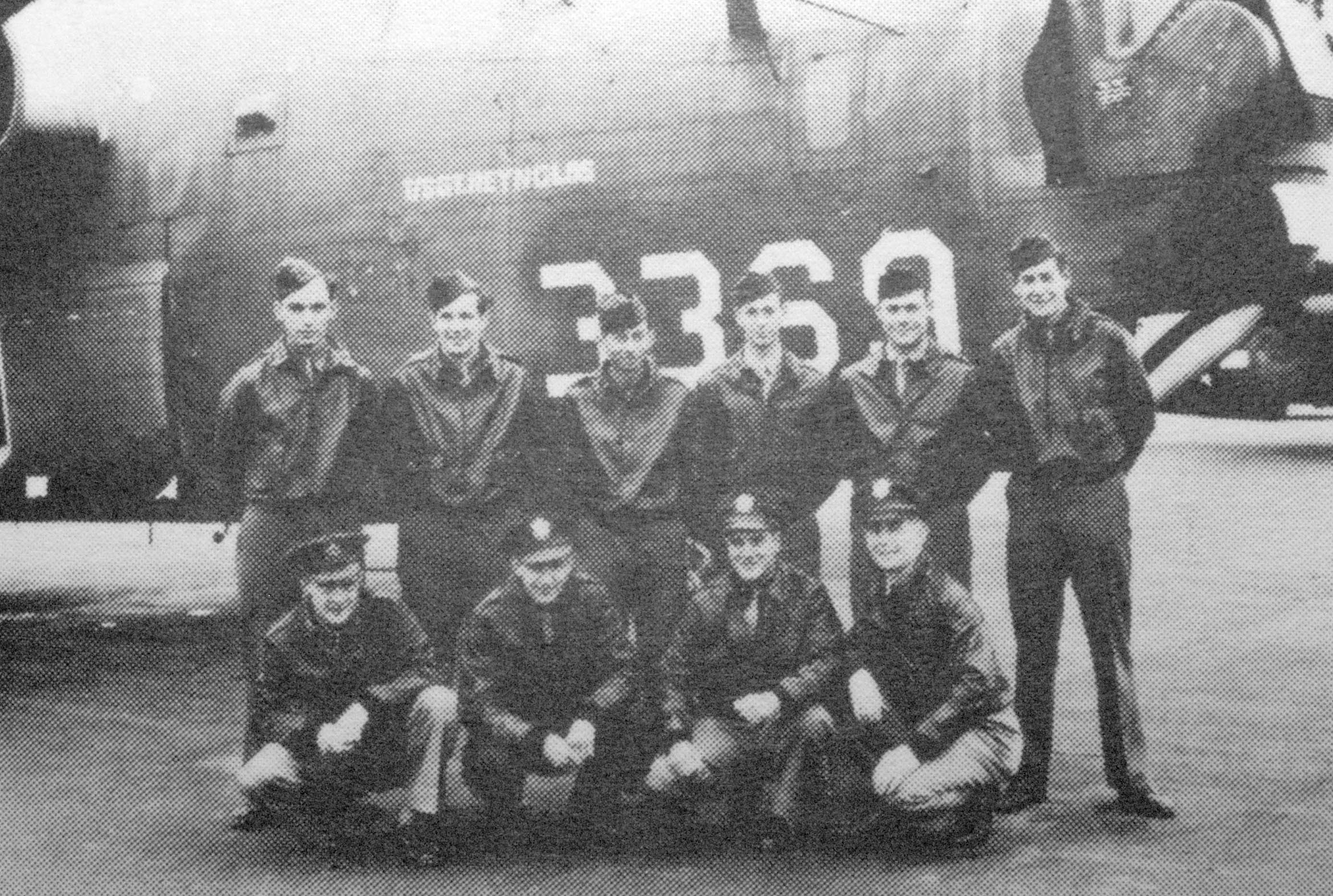 Flown over by Armstrong’s crew, April ’44, from Topeka. Downed over Ploesti on 5 May ’44. KIA – pilot “Bonnie” Armstrong with ball gunner and replacement nose gunner; all seven other crew members taken POW. MACR 4608.