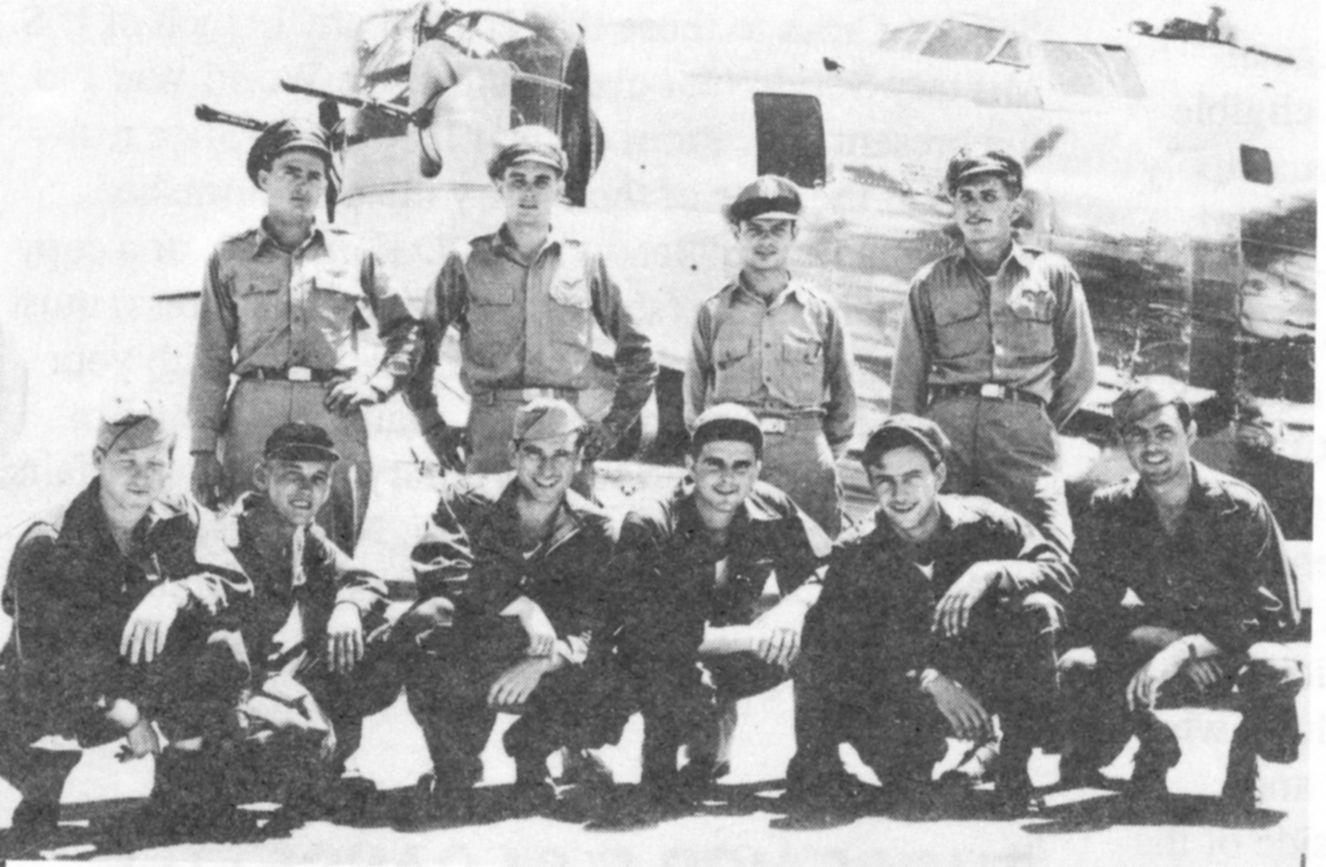 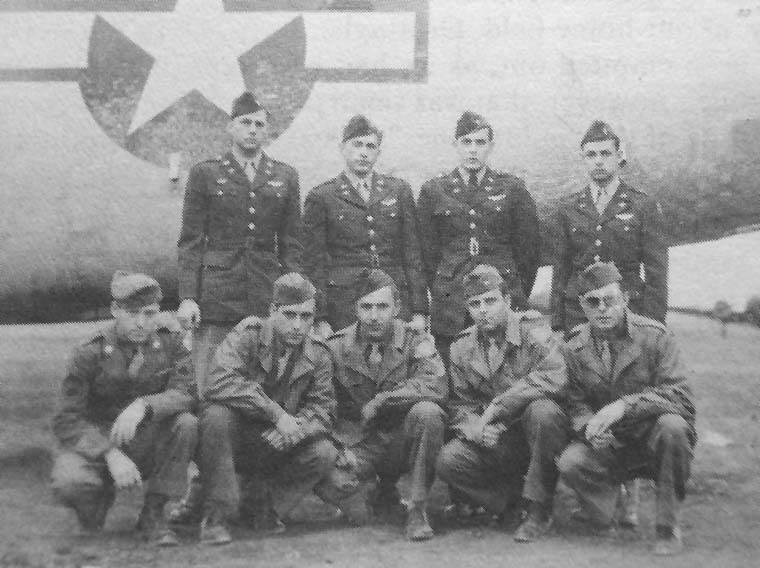 Crew members not named on this photo. This crew brought back one of the most heavily damaged B-24s ever to return to base. The plane was damaged on 23 Nov 1944.The tail gunner was killed.