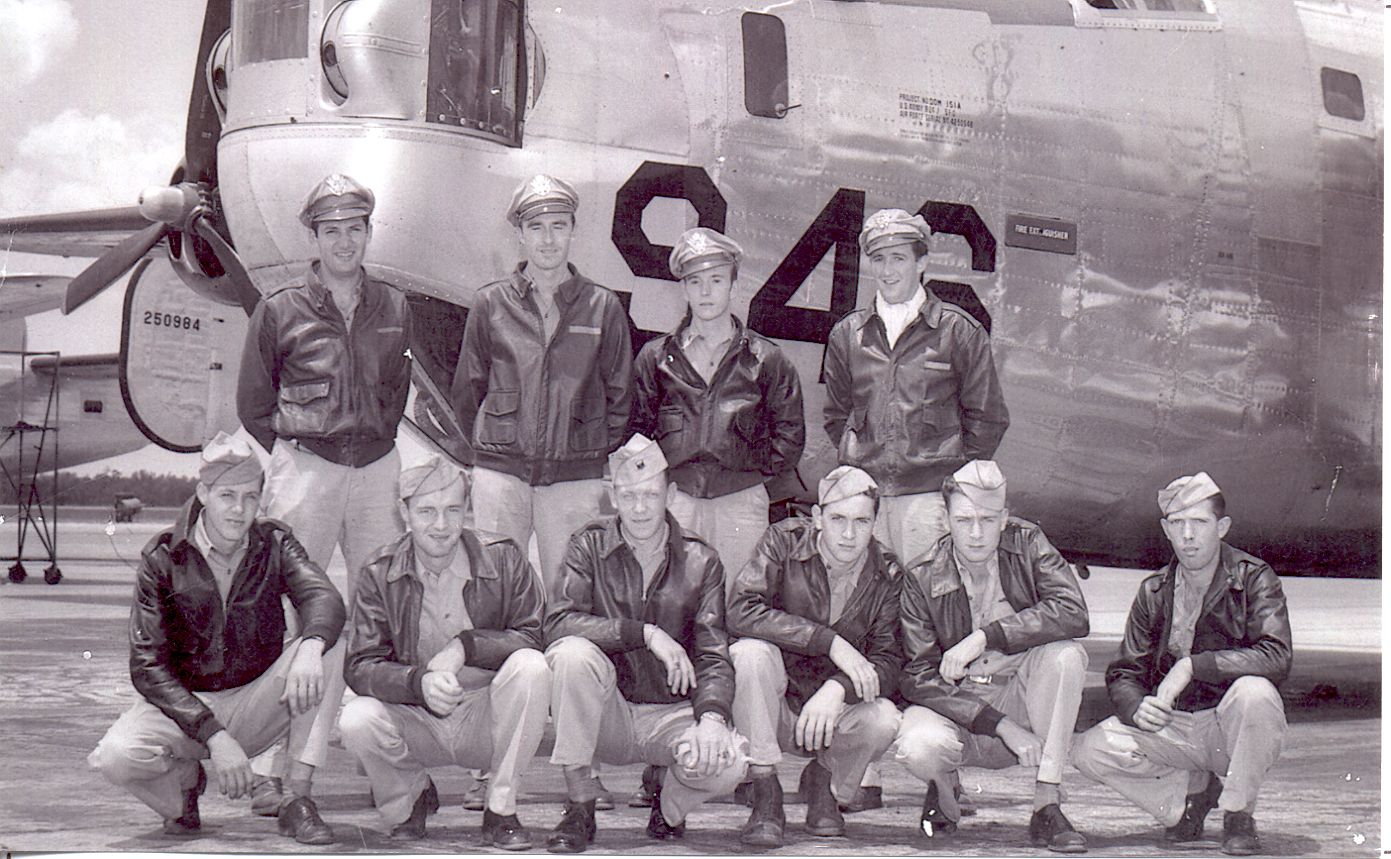 A replacement ship flown overseas by Charnes crew in September ’44. The nose art never got painted on the ship. The aircraft suffered severe flak damage with Witt crew aboard over Vienna, Austria, on 17 October ’44. The pilot, copilot and flight engineer were killed while attempting an emergency landing on the Isle of Vis after the rest of the crew had been ordered to bail out. The crew members that bailed out were subsequently returned to Grottaglie. 3 KIA 7 RTN. No MACR.