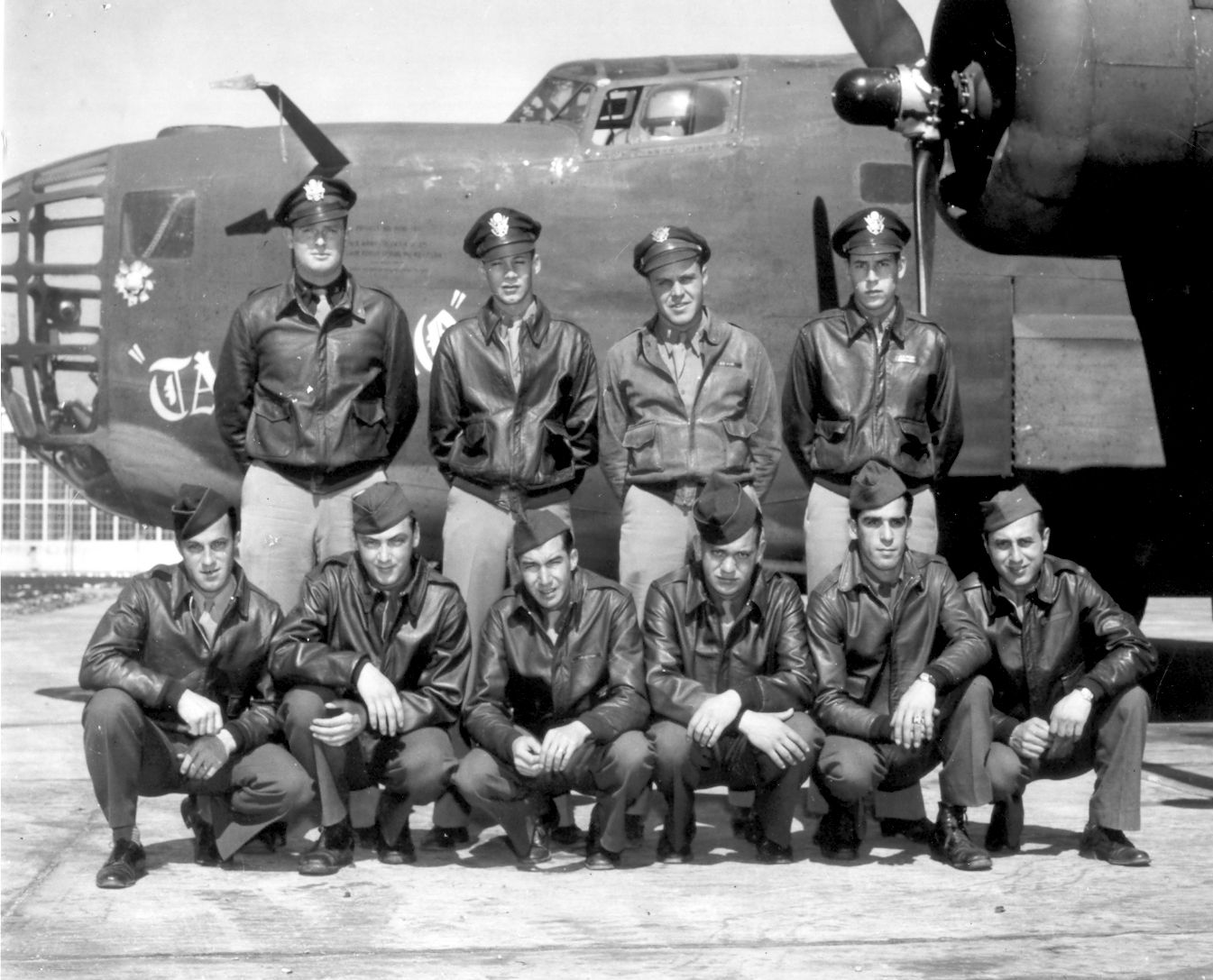 My late father, Richard Lent (10/25/1921 – 4/22/2015), served in the 15thAF, 449th Bomb Group from June 1944 – October 13, 1944. He was a navigator, and was serving in that capacity on the Nancy Jane #2 (Mealey), which went down over Yugoslavia following a mission to Vienna. He parachuted out, broke both legs on landing, and was eventually carried out by Tito’s partisans to Vis, where he was evacuated back to Bari and the hospital there. He spent over a year recovering from his injuries at home in New Paltz, NY, where he became a local lawyer and raised a family. His experiences in WWII were always part of our family’s narrative while growing up, and remained a central part of his life experience for the rest of his long life.

I believe his aircraft carried Flight Surgeon Major Leslie Caplan on that mission.

I have unearthed a lot of memorabilia from his time in the service — images, paperwork, letters, clippings, and more, plus a detailed narrative of his last mission and rescue from German-held territory. I hope others might fill in some details of his narrative, and that his information might help others.

Flown overseas by Hoyt’s crew in May ’44. Destroyed in crash landing on island of Vis on 17 Aug 44 returning from Ploesti with Mellor’s crew aboard.

Pictures of Hot To Go