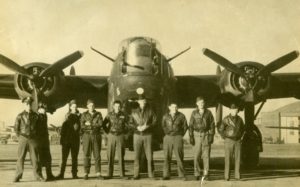 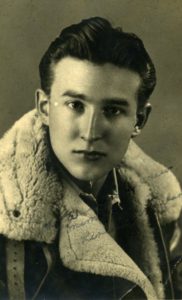 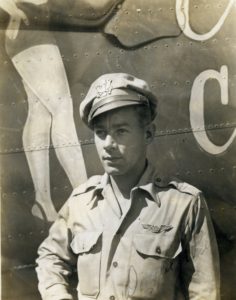 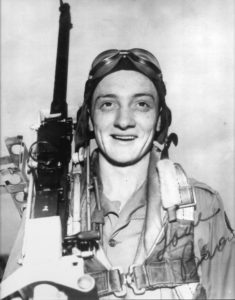 An original cadre ship acquired on 20 October ’43 and assigned to Samuelson’s crew who flew her overseas in December ’43. Named after the pilot’s wife, Mrs. Marguerite Samuelson. Made a crash landing on 12 August ’44 at Tarquina airfield in Northern Italy with Miller’s crew aboard returning from a mission to Toulon, France. The crew returned to Grottaglie aboard a 719th aircraft flown by Aldrich. “Cinnsy’s Margie” was salvaged on 12 August ’44.

Liberator ‘Cinnsy’s Margie’ taxies past a pile of earth at Grottaglie Italy, February 1944